Is cassava starch the same as cassava flour? 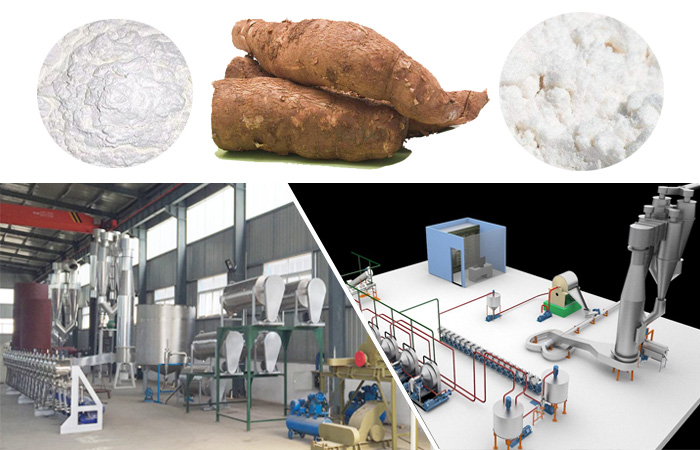 Cassava starch is widely used in industry production. Such as food, beverage, candy, medicine, paper making industries. It can be used as thickener, puffing machine, binder and stabilizer. Most of time, cassava starch used for kinds of food production. In our daily life, usually find kinds of small rice dumpling in beverage or sweetmeats, these small rice dumpling is made by cassava flour, its also used in glue pudding, taro ball's making. Cassava flour can be twisted into a small ball, after cooking in hot water, looks transparent and taste flexible. 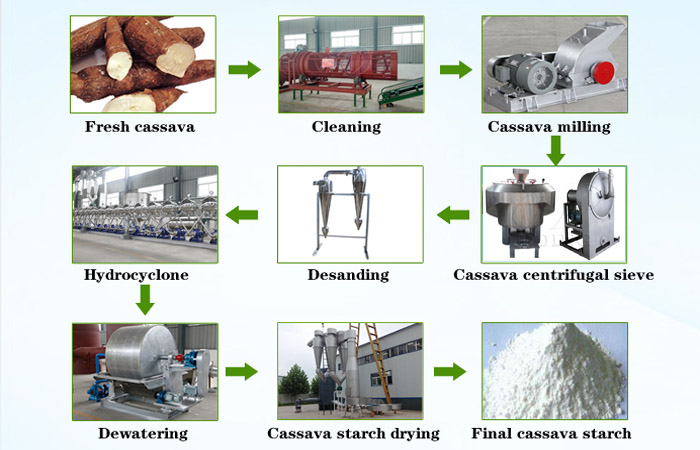 Cassava starch is made by a set of starch production line, its production technology more complex, contain peeling,washing, rasping, sieving, filtering, concentrating, dewatering and drying section. The whole production line has been remove the impurities, fiber and protein, its fine particles, usually produced by an industrial line. Cassava flour is according to peeling cassava, then crushing directly, after drying to get cassava flour, production technology is easy, suitable for family workshop. 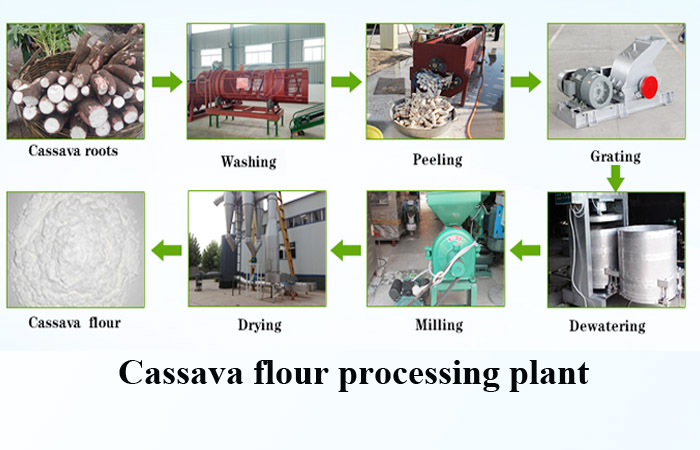 3. Different ingredients:
Because of the technology difference, cassava starch remove the impurities, protein, fat and fibre, because of production complex, the toxicity of cassava has been eliminated completely. Rather cassava flour still coatain a little toxicity. So cassava flour can't be eaten raw, cassava starch can be used directly. It's worth to say that children can't eat cassava flour even it has been cooked.

PREV：How much starch is in a potato?

NEXT：What is the use of cassava starch?