Maltose syrup is used as a sweetener in manufacturing baked goods, soft drinks and various other products. The advantage of using maltose syrup is it helps in inhibiting bacterial growth and fermentation and improves shelf life as well. 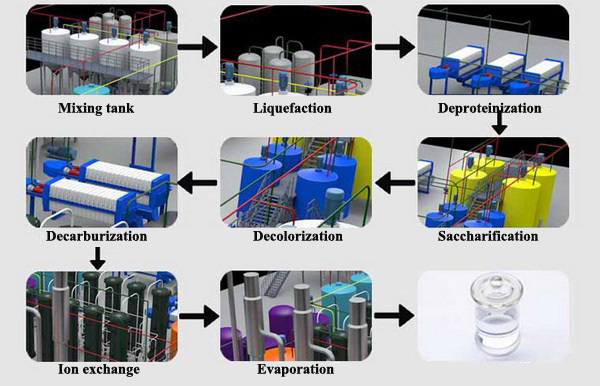 Put the corn powder/rice powder and water into the mixing tank, then put in enzyme, keep on particular standard temperature, waiting for some time, then transport to next work section.

The mixed corn powder / rice pwoder milk is sent to buffer tank then liquefied by jet cooker with the aid of enzyme at high temperature in regular time. 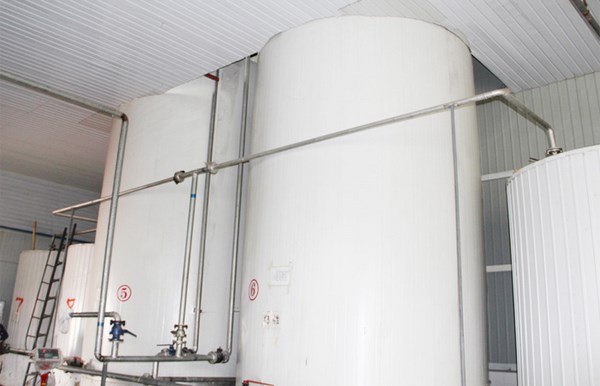 Because of inside of the corn / rice slurry have too much protein, so the slurry need pumping into the press filter, after press the slurry, the syrup will flow into the slot, the protein will stay inside the filter machine.

The liquefied material is sent to enzyme saccharification tank for reaction. Maintain at specific temperature for some time , the syrup will transfer to maltose syrup. 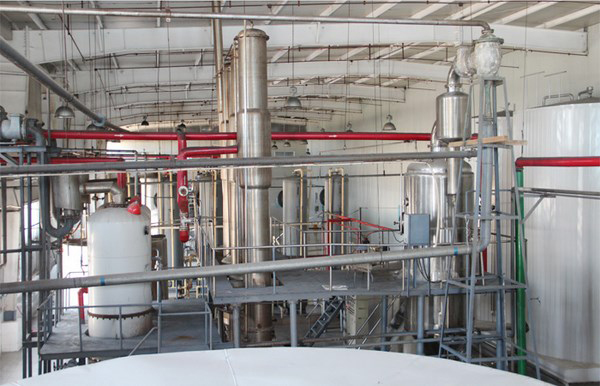 After LAB testing, all the maltose syrup pumping into the decoloration tanks, at uniform temperature, mix with activated carbon, usually it have to make twice to get pure maltose syrup.

The clean maltose syrup pumping into the ion exchange columns, inside the column resin will attract all the cation and anion and other small electron, then will get very pure glucose syrup for people eating. This equipment always is used for high quality product.